I didn't anticipate the book to be so 'academic'. Took me back to university days (why, I even read the footnotes). As with any college assigned reading, it introduced important ideas and concepts ... Pročitajte cijelu recenziju

What are the imagined communities that compel men to kill or to die for an idea of a nation? This notion of nationhood had its origins in the founding of the Americas, but was then adopted and ... Pročitajte cijelu recenziju

Benedict Anderson was Aaron L. Binenkorp Professor of International Studies Emeritus at Cornell University. He was Editor of the journal Indonesia and author of numerous books including A Life Beyond Boundaries, Java in a Time of Revolution, The Spectre of Comparisons: Nationalism, Southeast Asia, and the World and The Age of Globalization: Anarchists and the Anticolonial Imagination. 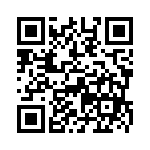