Ivo Andric was born October 10, 1892, in Docu, Bosnia. He was raised in Bosnia, a region of violent political turmoil for centuries. As a young patriot, Andric became associated with political organizations, leading to his imprisonment for three years during World War I. He was also under virtual house arrest during World War II. While imprisoned Andric wrote his most creative material as he explored the agonies of Bosnia's oppression and exploitation. His World War I incarceration led to Ex Ponto, his collection of prison meditations and philosophy. His World War II house arrest provided Andric with the material and time to produce his most memorable novels, known as the Bosnian trilogy-Gospodjica (The Woman From Sarajevo), Travnicka hronicka (Bosnian Story or Chronicle), and Na Drini cuprija (The Bridge on the Drina). His devotion to truth and morality in times of despair and struggle is one of his strengths. His work has been translated into German, French, Russian, Spanish, and Italian. After the wars, Andric served as a Yugoslav diplomat, deputy, and representative from Bosnia. He was a member of the Federation of Writers of Yugoslavia. Andric was awarded the Prize for Life Work from the Yugoslav government in 1956, the Nobel Prize for Literature in 1961, and was bestowed an honorary doctorate from the University of Krakon in 1964. Andric died March 13, 1975, in Belgrade, Yugoslavia. 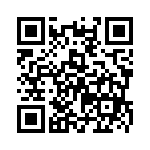