In this very slender volume, Duras shares with us the writer's preoccupations with the distance between life and writing, and the contradiction between writing and silence. Winner of the 1984 Prix ... Pročitajte cijelu recenziju

Duras's final work, sensitively translated from the French by Polizzotti, is both a brief theory of literature and a personal memoir. Duras (1914-96), winner of the 1984 Prix Goncourt for her novel ... Pročitajte cijelu recenziju

Marguerite Duras was born in Gia-Dinh, Indochina on April 4, 1914. After attending school in Saigon, she moved to Paris, France to study law and political science. After graduation, she worked as a secretary in the French Ministry of the Colonies until 1941. During World War II, she joined the Resistance and published her first books. After the liberation, she became a member of the French Communist Party, and though she later resigned, she always described herself as a Marxist. Her first book, Les Impudents, was published in 1943. During her lifetime, she wrote more than 70 novels, plays, screenplays and adaptations. Her novels include The Sea Wall, The Lover, The Lover from Northern China, The War, and That's All. In 1959, she wrote her first film scenario, Hiroshima, Mon Amour, and has since been involved in a number of other films, including India Song, Baxter, Vera Baxter, Le Camion (The Truck), and The Lover. She died on March 4, 1996 at the age of 81. 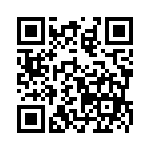