Stranica 28
terms , since I said to you just a moment ago that it is the sentences we tell ourselves to begin with that start the ball of definitional premises , semi - definitional ' facts , ' and false conclusions rolling .
Stranica 31
But let's get back to my specific sentences and see how it works out there . " “ Yes , you're quite right . Because it's those specific sentences that you have to change to get better . As we said before , your main sentences to ...
Stranica 282
You are going to watch yourself , in other words , create and cause your shame and your fear by telling yourself sentences , such as ' Oh , my God , what a fool she thinks I am for asking her to dancel How awful it is that she thinks ...

Albert Ellis was a clinical psychologist and a marriage counselor. He was born on September 27, 1913 in Pittsburgh, Pennsylvania. Ellis originated the rational-emotive therapy movement, which ignores Freudian theories and advocates the belief that emotions come from conscious thought "as well as internalized ideas of which the individual may be unaware." At first, Ellis' books on marital romance and sexuality were criticized by some as being radical and sensational; however, few realized that Ellis was merely laying the groundwork for modern sex education. Ellis was educated at the City College of New York Downtown and at Columbia University, where he received a Ph.D. in psychology in 1943. He taught for a number of years at Rutgers University, New Jersey, and the Union Graduate School. He was executive director of the Institute for Rational Living, Inc., in New York City. Ellis was the author of Sex and the Liberated Man, Sex Without Guilt, and Sex Without Guilt in the Twenty-First Century. Despite his health issues, Ellis never stopped working with the assistance of his wife, Australian psychologist Debbie Joffe Ellis. In April 2006, Ellis was hospitalized with pneumonia, and had to stay in either the hospital or the rehabilitation facility. He eventually returned to his home --- the top floor of the Albert Ellis Institute. He died there on July 24, 2007 in his wife's arms. Ellis had authored and co-authored more than 80 books and 1200 articles during his lifetime. He was 93 when he died. 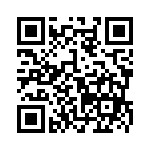