Harold Acton (1904-1994) was a writer, scholar and aesthete who listed as his principal recreation 'hunting the philistines'. From the balcony of his Oxford rooms he famously declaimed passages from The Waste Land through a megaphone.He wrote in many different mediums, publishing nearly thirty books, with his poetry and fiction being markedly less successful than his other works. 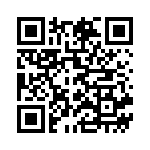