Anna Lowenhaupt Tsing is Professor of Anthropology at the University of California, Santa Cruz. She is the author of In the Realm of the Diamond Queen (Princeton). 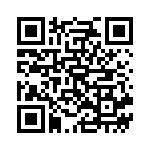