David F. Schmitz is the Robert Allen Skotheim Chair of History at Whitman College in Walla Walla, Washington. He is the author of Thank God They're on our Side: The United States and Right-Wing Dictatorships, 1921–1965; The Tet Offensive: Politics; War, and Public Opinion; Henry L. Stimson: The First Wise Man; and The United States and Fascist Italy, 1922–1940. 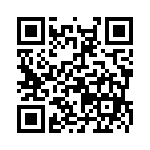