Jean-Louis Fournel is Professor at the University of Paris VIII. His research focuses on the history of warfare, political thought, and the rhetoric of the Italian Renaissance. Between 1997 and 2001, he directed several European cooperation programs with universities in Bosnia- Herzegovina. In 1994, while the city was under siege, he co-organized the initiative for a sister relationship between his university and that of Sarajevo. 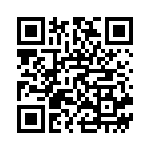