Alfred S. Bradford is the John Saxon professor of ancient history at the University of Oklahoma. He earned his PhD in classical languages and literature from the University of Chicago. He served with the 1/27th infantry in Vietnam. He has been a research assistant and a member at the Institute for Advanced Study, Princeton. 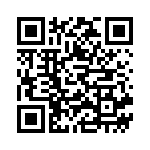