Richard S. Lazarus (1922-2002) received his BA from The City College of New York in 1942 and his PhD from the University of Pittsburgh in 1948. He taught at Johns Hopkins University, Clark University, and, from 1957 until his retirement in 1991, the University of California, Berkeley. At Berkeley, Dr. Lazarus began his influential research into psychological stress and coping processes which contributed substantially to the "cognitive revolution" that occurred in psychology during the 1960's. Dr. Lazarus published over 200 scientific articles in social, personality, clinical, and health psychology and 20 books, including Psychological Stress and the Coping Process (1966), Stress, Appraisal, and Coping (1984), and Emotion and Adaptation (1991). Dr. Lazarus became a Guggenheim Fellow in 1969 and received two Doctors Honoris Causa, one in 1988 from Johannes Gutenberg University, Germany and one in 1995 from Haifa University, Israel. In 1989 he was awarded the Distinguished Scientific Contribution Award by the American Psychological Association.

Susan Folkman, PhD, is the Director of the Osher Center for Integrative Medicine and the Osher Foundation Distinguished Professor of Integrative Medicine at the University of California, San Francisco. Since 1990, she has also been Professor of Medicine at UCSF, and from 1994 until 2001 she was Co-Director of the UCSF Center for AIDS Prevention Studies. Dr. Folkman received her PhD from the University of California at Berkeley in 1979, where she remained as a research psychologist until coming to UCSF in 1988. She is internationally recognized for her theoretical and empirical contributions to the field of psychological stress and coping. Her work since 1988 has focused on stress and coping in the context of HIV disease and other chronic illness, especially on issues having to do with care giving and bereavement. In 1997, she was awarded an honorary doctorate from the University of Utrecht, The Netherlands, for her contributions to coping theory and research. 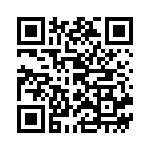