Clark L. Hull, an American psychologist, rose from a harsh rural life in upstate New York and an early bout with poliomyelitis that left him partially paralyzed to an outstanding career in American psychology. His behaviorist theory of learning set the agenda for learning theory research in the decades surrounding World War II. The first part of Hull's career was spent at the University of Wisconsin, where he carried out research on the measurement and prediction of achievement. In 1928 he moved to Yale University's Institute of Human Relations, where he began to formalize his mechanistic theory of learning behavior. In a series of experiments, he reduced the more complex types of learning to simple reinforced stimulus-response events. He also showed that there is a quantitatively definable goal gradient in learning---that is, the closer an action is to contact with a desired object, or goal, the more it is reinforced by that goal. Hull was convinced that this work would lead to a unified theory of behavior, a goal few now believe is possible. His research, however, established the pattern for logical theory construction, which has been applied in many fields. 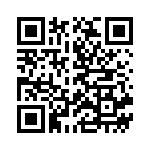