Stranica 156
“ In the final and highest instance , ” declared Schelling , “ there is no other Being than Will . Will is primordial Being , and all predicates apply to it alone - groundlessness , eternity , independence of time , self - affirmation !
Stranica 171
“ If the motion of the world aimed at a final state , that state would have been reached . The sole fundamental fact , however , is that it does not aim at a final state , and every philosophy and scientific hypothesis . which ...
Stranica 215
It is striking , besides , that the notion of the future - precisely a future pregnant with final salvation - bringing back a kind of initial Golden Age , should have become popular at a time when Progress had come to be the dominant ... 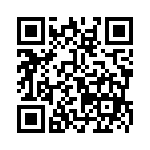