This is an extremely interesting and entertaining look at the search for the smallest particle. Molecules are made of atoms and atoms are made of sub-atomic particle and some of these are likewise ... Proèitajte cijelu recenziju

This was an excellent if sometimes confusing book to read, but if you put in the effort, it is an excellent read. Lederman starts from the beginning with the Greek philospher Democritas and his a-tom ... Proèitajte cijelu recenziju

Leon Max Lederman was born in Manhattan, New York on July 15, 1922. He received a bachelor's degree in chemistry from City College of New York in 1943. During World War II, he served with the Army Signal Corps in France. He received a Ph.D. in physics from Columbia University in 1951. He started working at the school's particle accelerator at the Nevis Laboratories. After leaving Columbia University, he became the director of the Fermi National Accelerator Laboratory in 1979. His experiments with particle accelerators deepened science's understanding of the subatomic world. Lederman, Jack Steinberger, and Melvin Schwartz received the Nobel Prize in Physics in 1988 for demonstrating that there were at least two kinds of particles called neutrinos. Lederman went on to lead a team at Fermilab that found the bottom quark. After retiring from Fermilab, he become a professor of physics at the University of Chicago. He wrote several books including The God Particle written with Dick Teresi. He died on October 3, 2018 at the age of 96. 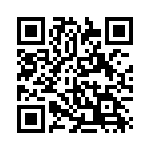