Stranica 148
Before the Council met , early in March ( A.D. 843 ) , the Patriarch John must have been officially informed by the Empress of her intention to convoke it , and summoned to attend . He was not untrue to the iconoclastic doctrine which ...
Stranica 148
In his minority , the Empress Theodora held the reins , guided by the advice of Theoktistos , the Logothete of the Course , who proved as devoted to her as he had been to her husband . During the later years , when Michael nominally ...
Stranica 177
3 Tho Empress Theodora ( who was now at liberty , see above , p . 169 ) had invited her son to dinner in the house of Anthemios , and Michael had ordered Rentakios , Keeper of the Wardrobe , to kill some game to send to his mother . 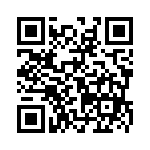