Born in Cambridgeport, Massachusetts, young Fuller was subjected to a severe educational regimen by her father, who was determined to treat his daughter's mind no differently from that of the son he had desired. By the age of eight, Fuller was reading the Latin classics and was soon proficient in several modern European languages. She was especially interested in modern German literature, a passion that brought her to the attention of the New England Transcendentalists, who were attempting at the time to redefine human experiences. With Ralph Waldo Emerson, she founded, and for a while edited, The Dial (1840--1842), the quarterly magazine of literature, philosophy, and religion that had grown out of the meetings of the Transcendental Club in Boston. Also about this time, she began conducting a series of Saturday afternoon "Conversations," discussions of intellectual and literary topics that soon gained great popularity, especially among upper-middle-class Boston women. From these experiences developed her advanced feminist views as elucidated in Woman in the Nineteenth Century (1845). In 1844 Horace Greeley, editor of the New York Tribune, one of the most important newspapers in the nation, hired her to join his staff, and, during the next two years in New York, Fuller gained national prominence as a critic of art and literature. Some of her essays were reprinted in Papers on Literature and Art (1846), one of the most astute works of criticism to appear in the United States before the Civil War. In August 1846, Fuller sailed for Europe, where she was to act as correspondent for the Tribune. These were tumultuous, revolutionary times in Europe, and Fuller soon added her voice to the republican cause that was challenging the established, reactionary political order throughout the Continent. In Italy she met and later married a young aristocrat, Giovanni Angelo, the Marchese Ossoli, a follower of the Italian revolutionary leader, Giuseppe Mazzini. Following the failure of the newly proclaimed Roman Republic in 1849, Fuller, together with her husband and their son, decided to return to the United States, where she could see through the press the history that she had written of the Roman Revolution of 1848--1849. Tragically, however, the family was lost at sea when their vessel sank off Fire Island, near New York, in July 1850. Fuller's personality and activities generated much interest and strong disagreement, both during her lifetime and since. Her most enduring writing is not her published essays and books but, rather, her personal correspondence, in which the vitality of her mind and the strength of her character are brilliantly revealed.

Joel Myerson (born 1945) is a Distinguished Professor Emeritus of English Language and Literature at the University of South Carolina. He has edited many books about the works of such American literary figures as Ralph Waldo Emerson, Henry David Thoreau, Nathaniel Hawthorne, Louisa May Alcott, Emily Dickinson, and Walt Whitman. 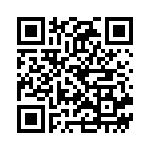