Martin Gilbert, 1936 - Martin Gilbert was born in London in 1936 to a jeweler. He was sent to Canada at the age of 3 and a half in an effort to escape the war, but was returned home soon thereafter. He attended Highgate School from 1945 til 1954. Gilbert then joined the British Army for a few years, and went on to Magdalen College at Oxford. He graduated from Oxford in 1960 and wrote his first book, called "The Appeasers." In 1961, after a year of research and writing, Gilbert was asked to join a team of researchers working for Winston Churchill. At the age of 25, he was formally inducted into the team, doing all of his own research. Gilbert became known as Churchill's official biographer and has remained so for thirty years. He is a fellow of Oxford College at Merton and has written over 40 books, some on Churchill, such as his multivolume treatise called "Churchill" as well as books on the Holocaust, "Surviving the Holocaust" and books on the war itself, "The Second World War." Long after Churchill died, Gilbert chronicled his efforts in the war and in making the world a better place for all her people to exist. He continues to write on the struggles of Jews during the war and the histories of this world, from culture to culture. 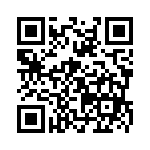