Born on October 9, 1905 in Jones County, Texas, to Julius Price and Mittie Ruby (Dyer) Manly, Manly attended Clarendon (Texas) Junior College and graduated with a Bachelor of Journalism from the University of Missouri in 1927. He began his career as a reporter for the Milwaukee Journal (1927-1929) before joining the Chicago Tribune in 1929, where he became an assistant Washington correspondent in 1934. He held this position held until 1946, when he became United Nations correspondent. He married Mary Jane Gleiber on November 7, 1936, and the couple had one son, Chesly John. During World War II, Manly served with the U.S. Army Air Force from 1942-1945 and was awarded the Decorated Order of Leopold II (Belgium).

In 1954 he joined the Chicago staff of the Chicago Tribune and authored two books, The Twenty Year Revolution, From Roosevelt to Eisenhower (1954) and The United Nations Record, Ten Fateful Years for America (1955). He also contributed articles to numerous magazines.

On June 17, 1969 he married his second wife, Elisabeth Hoepp Halasz. In the same year, he became a member of the Chicago Tribune’s editorial board. He remained in this position until his death in June 1970 at the age of 64. 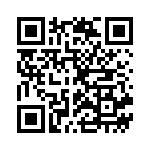