Serbia's secret war: propaganda and the deceit of history

Cohen, a physician who researched sources never before available to the West, weaves a rich tapestry covering the last 200 years of Balkan history while emphasizing the role the Serbs played in World ... Pročitajte cijelu recenziju

For all angry and stubborn Serbians who wrote their "reviews" on this book!!!
The author has written just the facts and only facts... He doesn't have any interest for portraying all the Serbs in negative context, but he just trying to explain what was the policies of the Kingdom SHS Government, in which Serbs were in majority, Serbian's intellectuals, state apparatus and foremost, Orthodox church and theirs clergy, implemented politics which had been intended to all non-Serbs peoples in Kingdom SHS between First an Second World War. Second, the author pulled of all of his conclusions from historical documents he manage to obtain (and there is abundance of such documents, real treasure for historians) ) so there's been no room for any substantial error. After Germany occupied Croatia where they In many countries people have welcomed the Germans as liberators from the tyranny of the former state, and Croatia wasn't exception. When Germans silenced frail military resistance Army of Kingdom SHS and when they eventually occupied Croatia, they put nationalistic Ustasha movement in place of the the Croatian government, but without any election of the citizens. Majority of the Croatian people joint to the partisans, especially from those parts of the country which Ustasha movement granted to fascist Italy. Tito himself was ethnic Croat, and first armed uprise took his place in Croatian town Sisak, in Brezovica wood. Until 1943., partisan movement was stronger and numerous in Croatia and BiH.
Meanwhile, Serbian King in exile and his loyal subjects in Serbia, so called "Chetniks" (Četnici), were fighting against Tito's partisans together with their allies Italians and Germans, carefully retaining their Great Serbian course and intentions, expelling and killing all non-Serb population from Croatia, Bosnia & Herzegovina and Serbia. All those criminal deeds had been committed in close collaboration with German and Italian partners who gave all the weapons and provisions to "chetniks" for their ongoing combat against communists and all non-Serbs. During WW2 in Serbia the Axis forces have had a large number of Serbo-fascistic collaborators, like Dimitrije Ljotić and his organization "Zbor", Milan Nedić, general Dragoljub Mihailović-Draľa (chetniks CO), Kosta Pećanac, etc. Interestingly, Ljotić was collaborated with Lav Rupnik, leader of the Slovenian quisling organisation called "Bijela Garda", but collaboration was primarily on Great Serbia foundations and agenda.
Ljotić and his government praised themselves that made from Serbian capital Belgrade first "Juden free" city in occupied Europe. That is the facts.

Philip J. Cohen, a medical doctor, has done extensive research on history and politics in the Balkans. He is widely published in scholarly journals and books."Dr. Cohen's book is of unique value because it serves two vital purposes: to document the often misunderstood and misrepresented history of Serbian nationalism and Serbian collaboration with the Nazis and to expose some of the myths used by Serbian extremists today in the former Yugoslavia to justify a new round of genocide and `ethnic cleansing.' As a result, it will make the task of revisionists and war criminals all the more difficult. 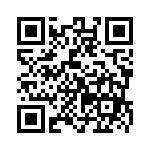