Born in Boston, Massachusetts, Steve can't remember a time when he was not obsessed with travel, other cultures and languages. As a youngster he worked an assortment of menial but character-building jobs - or so his parents described them - to finance trips to Europe and South America and graduated from Georgetown University with a Bachelor of Science in modern languages. The following year he taught English at the University of Silesia near Katowice in Poland. After he had worked for several years for a Gannett newspaper and obtained a master's degree in journalism, Steve's fascination with the 'new' Asia (and two years' studying Chinese) took him to Hong Kong, where he lived and worked for a variety of publications and was editor of Business Traveller magazine. In 1987 he put journalism on hold when he opened Wanderlust Books, Asia's first travel bookshop. Steve, a US-Ireland dual national, lived in Budapest for several years and in 1994 moved to London, where more than 300 languages are spoken and he is able to make use of his Polish grammar, Turkish dictionary and Cantonese glossary. Steve has written or contributed to a large number of Lonely Planet titles and has had his share of `experiences' while on the road. Oh, yes, there have been disasters aplenty: funny ones that he'll dine out on for a good long time (being attacked by a `take-no-prisoners' gang of male orangutans in the Sarawak jungle), `bad rash' disasters that seemed to go away but came back to bite him on the bum (being diagnosed with two strains of malaria seven months after returning from the swamplands of Irian Jaya) and worst-of-all-time-hang-his-head-in-shame disasters (adding an 'r' to the name of the then-president Milan Kucan in Slovenia 1, thereby christening him 'President Dickhead'). And the good times? What about all those kind, happy, warm-and-fuzzy or poignant experiences along the way that cling like burs to trouser cuffs on a mountain trail? Well, Steve does remember, for example, once seeing a Parisian smile, hearing a Hong Kong denizen say that money wasn't everything and tasting fresh, low-fat Hungarian cuisine. But these experiences have been few and far between. And so much they should. Things like that just don't make a book. Top tip: Travel with an open mind, don't drink the water in certain (dodgy) places and always take along a Swiss Army knife (or equivalent) - never forgetting to pack it in your checked-in and not your carry-on luggage. But my real-live top tip? Learn a bit - even three words - ('Please' and 'Thank you') - of the local language. It's polite, you'll make friends and it's a weapon against globalisation. 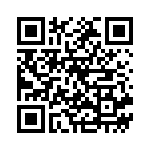