Virginia Sease was born in the United States in 1935, and received a Doctor of Philosophy degree in 1969. Since 1984 she has been a member of the Executive Council of the General Anthroposophical Society and served from 1991-2001 as the leader of the Section for the Arts of Eurythmy, Speech, Drama and Music. Her current responsibilities include liaising between the Executive Council and English-speaking anthroposophists around the world, and directing the English Anthroposophical Studies Program at the Goetheanum.

Manfred Schmidt-Brabant was born in Berlin, Germany in 1926. He became a member of the Executive Council of the General Anthroposophical Society at the Goetheanum in Dornach, Switzerland, in 1975 and served as Chair of the Council from 1984 until his death in 2001. His service during those years included leadership of the Social Science Section of the School of Spiritual Science, and he lectured around the world on many subjects. English editions of his books include The Spiritual Tasks of the Homemaker and (with Virginia Sease) The Archetypal Feminine. 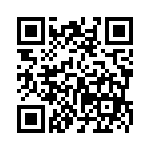