Jean Hollander, poet, teacher, and director of the Writers Conference at the College of New Jersey.

Robert Hollander is the author of a dozen monographs, editions, and translations and some six dozen articles on Dante, Boccaccio, and other writers. A member of Princeton's Department of Romance Languages and the former chairman of its Department of Comparative Literature, he has received the Gold Medal of the city of Florence in recognition of his Dante scholarship. 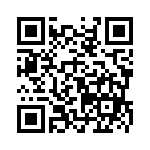