I have the same issue with this book that many other reviewers had: it presents many examples of how money and commercialization can impact things from sports to education, yet is painfully slim on ... Pročitajte cijelu recenziju

Michael Sandelis the Anne T. and Robert M. Bass Professor of Government at the University of Harvard. Sandel's legendary 'Justice' course is one of the most popular and influential at Harvard with up to a thousand students enrolling every year. In 2011, BBC4 will air a season on Justice, featuring eight of Sandel's Harvard lectures and his new documentary film, 'Justice- A Citizen's Guide to the 21st Century.' Michael Sandel has lectured widely in Europe, China, Japan, India, Australia and North America. He has been a visiting professor at the Sorbonne, Paris, and delivered the Tanner Lectures at Oxford. A member of the American Academy of Arts and Sciences, Sandel is the author of many books and has previously written for the Atlantic Monthly, the New Republicand the New York Times. In 2009, he delivered the Reith Lectures for the BBC. 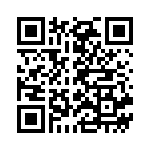