Eyewitness account of the 4th Crusade by French nobleman Geoffrey de Villehardouin, Marshal of Champagne and Roumania [Byzantine Empire]. He was one of the major players in those events. His account ... Pročitajte cijelu recenziju

De Villehardouin's work is a shocking record of the incompetently prosecuted fourth crusade. The planning is virtually non-existent, the leadership is distinctly lacking, the aims of the expedition ... Pročitajte cijelu recenziju

Jean de Joinville was born between 1224 and 1225, the second son of a nobleman of Champagne. Many of his faimly had gone on crusades and he grew up in their shadow. Due to a series of deaths, he became Lord of Joinville in his early teens. Jean probably first saw Louis (the man who had a profound effect on his life) at Saumur in 1241, though he met him properly on the Seventh Crusade. he wrote his Life of Saint Louis in old age, as a tribute to a king and also a portrait of a loved friend.

Geoffroy de Villehardouin was probably born between 1150 and 1154. His father was a nobleman of Champagne, and Geoffroy became Marshal of Champagne in 1185, due to his family connections. He compiled his history of the fourth crusade a few years after the close of the expedition, and wrote from first-hand knowledge. He later became Marshal of Romania, where he remained until the end of his life around 1207.

Margaret Shaw received a first from Oxford in languages, after which she taught in Bradford, before moving to Paris. She did research on Laurence Sterne and published a book about his 'Letter to Eliza'. She became a tutor at St Hugh's, Oxford and translated Stendhal for the Penguin Classics. She died in 1963. 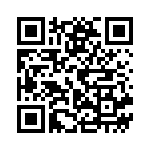