The stories are entertaining; it's the diary excerpts at the back that grab my attention. Seeing how the two tie together is very interesting. Pročitajte cijelu recenziju

This author has been called one of the great Russian writers and yet I had never heard of him until I decided to take part in a reading challenge to read more Russian books. Babel was a correspondent ... Pročitajte cijelu recenziju

Isaac Babel was a journalist, playwright, and short story writer, whose works include the Russian masterpieces Red Cavalry and The Odessa Tales. He was arrested and executed in a Soviet prison in 1940.

Nathalie Babel, his daughter, edited two other books of Babel's writing and is the author of Hugo and Dostoevsky.

Peter Constantine is the director of the Program in Literary Translation at the University of Connecticut, the publisher of World Poetry Books, and editor-in-chief of the magazine New Poetry in Translation. A prolific translator from several modern and classical languages, Constantine was awarded the PEN Translation Prize for Six Early Stories by Thomas Mann, the National Translation Award for The Undiscovered Chekhov, the Helen and Kurt Wolff Translator's Prize for his translation of The Bird Is a Raven by Benjamin Lebert, and the Koret Jewish Book Award and a National Jewish Book Award citation for The Complete Works of Isaac Babel.

Michael Dirda, who won a Pulitzer Prize for distinguished criticism at the Washington Post Book World, is the author of An Open Book, Bound to Please, and Readings: Essays and Literary Entertainments. He lives in Silver Spring, Maryland. 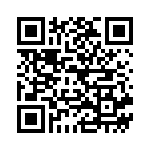