I read this book for my Women in Politics class. This book's central focus is intersectional feminism. It highlights how gender, race, and class factor into inequality. This book started off ... Pročitajte cijelu recenziju 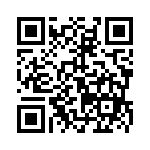