Francis X. Hezel, S.J., is a Jesuit priest who has lived and worked in Micronesia for forty-five years. He founded and directed the Micronesian Seminar, a church-sponsored research institute that engaged in a broad public education program for the islands. He is the author of several books on the region’s history and culture, including The First Taint of Civilization, Strangers in Their Own Land, and The New Shape of Old Island Cultures. His articles and videos and other products of the Micronesian Seminar can be viewed on-line at the Micronesian Seminar website: www.micsem.org. 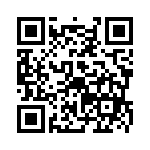