MAX JAKOBSON is a former diplomat who played a key role in the shaping of Finland's foreign policy during the Cold War. As Finnish ambassador to the United Nations, he was America's favorite candidate to succeed U Thant as secretary-general, but in 1971 was vetoed by the Soviets, who preferred Kurt Waldheim. Since leaving government service in 1975, Jakobson has written extensively on international affairs. His books include The Diplomacy of the Winter War and The United Nations in the 1990s--A Second Chance?. His columns are published frequently in the International Herald Tribune. 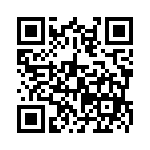