Eric Wertheim is a defense consultant, columnist, and author specializing in naval and maritime affairs. Frequently interviewed by the news media, he has served as a speechwriter for Pentagon officials and a consultant to private industry and the U.S. government. He has been a columnist for Proceedings magazine since 1994. He lives in the Washington D.C. area. 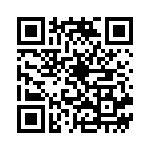