While imarguably incomplete, this is still the best book anyone has yet written about Nirvana or Kurt Cobain. Azerrad has a clear love for the band and its members, yet still manages to be critical of their work and fame. Worth reading. Pročitajte cijelu recenziju

Michael Azerrad is the author of Come As You Are and Our Band Could Be Your Life. His work has been published in Rolling Stone, Spin, Musician, and Details. 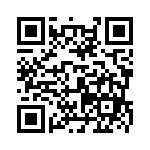