Darcy Ribeiro was born in Minas Gerais, Brazil, in 1922. World-renowned anthropologist, minister of education, and personal adviser to President Goulart, Ribeiro lived in exile after the military coup of 1964. Since his return to Brazil, he has added another dimension to his image of Renaissance man---educator, distinguished statesman, lieutenant governor of Rio de Janeiro, anthropologist, and now a man of letters. Maira (1978) is the most acclaimed of his novels, with translations in French, German, Spanish, and Italian. The novel's major character is Isaias, a young Amazon Indian who attends a Catholic seminary in Rome and returns to his tribe to become its chieftain. Alma, a young white woman in search of her own spiritual fulfillment, joins a group of missionaries that work among the Mairum, Isaias's people. Their stories of return and of discovery, respectively, become a metaphor for the irreconcilable conflict between the rich and complex culture of the Indians and the modern technological Western civilization. Maira is an elegy of a culture that is disappearing. 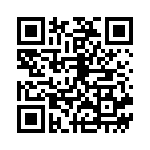