I learned quite a bit from this book, especially the distinction between androgyny and masculinity. These two presentations of being are not equal, and for me this was an important point in ... Proèitajte cijelu recenziju

Judith Halberstam is Professor of Literature at the University of California in San Diego. She is the author of Skin Shows: Gothic Horror and the Technology of Monsters, also published by Duke University Press, and writes a regular film review column for Girlfriends magazine. 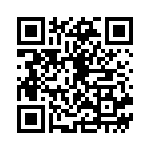