St. Therese of the Child Jesus and Holy Face, was a Carmelite Nun in a Carmelite monastery in Lisieux, France. She is also known as the Little Flower of Jesus. She was born at Alençon, France, 2 January, 1873; died at Lisieux 30 September, 1897.

She was the ninth child of saintly parents, Louis and Zelie Martin, both of whom had wished to consecrate their lives to God in the cloister. The vocation denied them was given to their children, five of whom became religious, one to the Visitation Order and four in the Carmelite Convent of Lisieux.

Brought up in an atmosphere of faith where every virtue and aspiration were carefully nurtured and developed, her vocation manifested itself when she was still only a child. Educated by the Benedictines, when she was fifteen she applied for permission to enter the Carmelite Convent, and being refused by the superior, went to Rome with her father, as eager to give her to God as she was to give herself, to seek the consent of the Holy Father, Leo XIII, then celebrating his jubilee. He preferred to leave the decision in the hands of the superior, who finally consented and on 9 April, 1888, at the unusual age of fifteen, Thérèse Martin entered the convent of Lisieux where two of her sisters had preceded her.

The account of the eleven years of her religious life, marked by signal graces and constant growth in holiness, is given by Sister Thérèse in her
autobiography, written in obedience to her superior and published two years after her death. In 1901 it was translated into English, and in 1912 another translation, the first complete edition of the life of the Servant of God, containing the autobiography, "Letters and Spiritual Counsels", was published. Its success was immediate and it has passed into many editions, spreading far and wide the devotion to this "little" saint of simplicity, and abandonment in God's service, of the perfect accomplishment of small duties. This autobiography is now published
under the title Story of a Soul.

The fame of her sanctity and the many miracles performed through her intercession caused the introduction of her cause of canonization only
seventeen years after her death, 10 Jun, 1914. She was declared a Doctor of the Church in 1997. 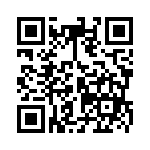