Teodolinda Barolini, past President of the Dante Society of America, is Lorenzo Da Ponte Professor of Italian at Columbia University. She is the author of Dante’s Poets: Textuality and Truth in the Comedy and The Undivine Comedy: Detheologizing Dante, and the co-editor, with H. Wayne Storey, of Dante for the New Millennium (Fordham). 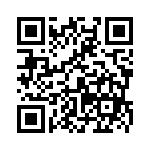