"What to leave in; what to leave out. That is the question.'' With quotations, this is especially the issue, as compilers grapple with the fundamental user question: "How will this be of any use to me ... Proèitajte cijelu recenziju

Robert K. Merton (1910-2003) was University Professor Emeritus at Columbia University, the first George Sarton Professor of the History of Science at the University of Ghent (Belgium), and a leading figure in the sociology of science. Among his classic works in this area are On the Shoulders of Giants and Science, Technology, and Society in 17thCentury England. 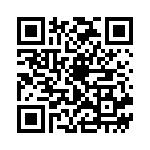