Stranica 65
VICARIOUS EXPECTANCY LEARNING Although emotional responses often are learned from direct experience , they also are frequently acquired observationally . Many intractable fears arise not from personally injurious experiences , but from ...
Stranica 70
The extent to which anticipatory behavior is subject to cognitive control may vary depending upon whether it is established symbolically or through direct experience . Bridger and Mandel ( 1964 ) found that fear learning was similar ...
Stranica 76
events people fear are better predicted from their threat to survival or from the degree to which they are correlated with direct , vicarious , and symbolic aversive experiences . Among the various human anxieties , those related to ... 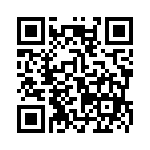