Alan Cheuse was born in Perth Amboy, New Jersey on January 23, 1940. He graduated from Rutgers University and returned to receive a doctorate in 1974 after traveling abroad. He taught creative writing and literature at George Mason University from 1987 until his death. He also led fiction workshops at the Squaw Valley Community of Writers in California. During his lifetime, he published 12 books and delivered thousands of commentaries on NPR. His books included The Bohemians: John Reed and His Friends Who Shook the World, The Light Possessed, To Catch Lightning, and Prayers for the Living. He spent more than 25 years with NPR, contributing book reviews, profiles, and commentary to All Things Considered. Beginning in 1981, he reviewed an estimated 1,600 books and provided annual recommendations of summer and Christmas reading, as well as commentary on notable writers. He was known for championing the work of younger writers and independent publishers. He died from injuries sustained in a car accident on July 31, 2015 at the age of 75. 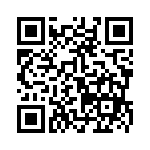