Stranica 9
The ultimate answer to the question as to whether there is a dichotomy or continuity between normal mood and depression will have to wait until the question of the etiology of depression is fully resolved . a Symptomatology of ...
Stranica 104
Since agitation is the main symptom that would tend to differentiate involutional depressions from other depressions , certain questions naturally follow : 1. What proportion of all agitated depressions have their onset during the ...
Stranica 258
Even when he asked her questions , she thought he was criticizing her . ... whenever the teacher called on another student to answer a question , the patient thought , " He doesn't really think I'm smart or he would have called on me .

A native of Rhode Island, Aaron Beck had an early interest in psychology. After graduating from Brown University, he embarked on a career in medicine at Yale University with the intention of specializing in psychiatry. Dissatisfied with classical psychoanalysis, he turned to modified psychoanalytic approaches and was particularly influenced by ego psychology advanced by Rapaport. Ego psychology directed his interest in cognition, and over time Beck abandoned the psychoanalytic framework and formulated his own cognitive theory-behavior therapy for patients with depression and other psychiatric disorders. He developed numerous measurement scales, including the Beck Depression Inventory, the Beck Hopelessness Scale, and the Self-Concept Test, which are widely used as diagnostic and research tools in the field. Beck continues to teach, consult, and write about the use of cognitive therapy in treating emotional disorders and other problems. 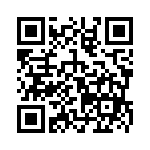