Charles Ingrao is Professor of History at Purdue University. He has authored or edited many books on central Europe. He is founding editor of H-Net's HABSBURG discussion group and has served as editor of The Austrian History Yearbook (1997-2006). He is presently completing a book (with Bruce Pauley) on ethnic conflict in central Europe and directs the Scholars' Initiative, an international consortium of scholars dedicated to confronting the controversies of the recent Yugoslav wars.Tom Emmert joined the Gustavus History Department in 1973. He teaches the European history survey, as well as courses on both Imperial and modern Russia, the Ottoman Empire, 19th century European intellectual and cultural movements, and Balkan nationalism. He is currently teaching a new seminar on Stalin. Emmert received his BA from St. Olaf in 1967, and his MA and PhD from Stanford University in 1970 and 1973 respectively. 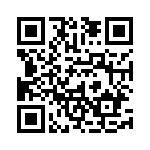