NANCY SNOW is an Associate Professor in the Newhouse School at Syracuse University. Since 9/11, Snow has become a frequent media commentator and public speaker on American foreign policy, influence, persuasion, propaganda, and the root causes of anti-Americanism. From 1992 to 1994, she worked as a cultural affairs specialist and Fulbright program desk officer at the United States Information Agency and as intergovernmental liaison in the Bureau of Refugee Programs, U.S. State Department. She was a Fulbright scholar to Germany and a German Academic Exchange Service (DAAD) fellow at the University of California, Berkeley. Snow is also the author of Propaganda, Inc.: Selling American's Culture to the World, in addition to many published articles in professional and mainstream publications including the Los Angeles Times and Newsday. She can be reached online at www.NancySnow.com. 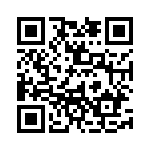