William B. White is Professor Emeritus of Geochemistry at The Pennsylvania State University. He holds a BS degree in chemistry from Juniata College (Huntingdon, PA) and a PhD in geochemistry from Penn State. His 40-year teaching career included a course in the geology of caves and karst. His research has produced 446 technical papers of which 131 deal with aspects of caves and karst. He is author or co-editor of 7 cave-related books including the first two editions of the Encyclopedia of Caves. He is a fellow of the American Association for the Advancement of Science, the National Speleological Society, and the Mineralogical Society of America.

David C. Culver received his BA from Grinnell College and his PhD from Yale University. He is Professor Emeritus of Environmental Science at American University. He has studied the ecology, evolution, biogeography, and biodiversity of the subterranean fauna for five decades and has published more than 120 papers in refereed journals, and authored or co-authored four books, two with Tanja Pipan. His studies of the subterranean fauna have taken him to more than 20 countries. He was co-editor with William B. White of the first two editions of the Encyclopedia of Caves. 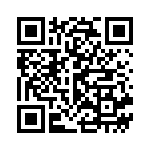