Geert-Hinrich Ahrens is a German diplomat. He has been Ambassador to Vietnam and to Colombia; from 1992 to 1996 he was ambassador-at-large to the International Conference on the Former Yugoslavia. He was a Fellow at the Woodrow Wilson International Center for Scholars in 2002-2003. 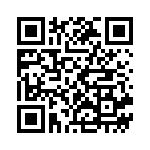