Jeffrey A. Lefebvre is associate professor of political science at the University of Connecticut, Stamford. 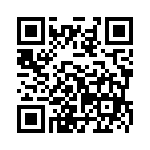