Stranica 15
While the result was , typically , unresolved , the influence of the holistic approach on aphasia steadily increased from that point and numbered many significant advocates over the early part of the 20th century .
Stranica 16
While the above discussion suggests two sharply antagonistic approaches to aphasia each with strong proponents , almost ... Indeed , any number of influential apasiologists are linked with one theoretical approach but have produced ...
Stranica 211
Legal competency , in aphasia , determination of , 180 Letter - blindness , 107 Leukoencephalopathy , progressive multifocal , 100 Literal alexia , 107 Localizationist approach to aphasia , 13–14 , 139_140 Logorrhea , 72 Marie's ... 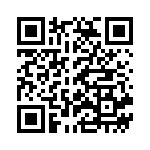