Stipe Mesiæ was the President of the Republic of Croatia. He has been a leading politician since the 1980s. He was the last president of Croatia as one of the Yugoslav republics, and in this capacity served as member, later chairman of the federal Presidium of Yugoslavia in 1990-1991. After years of relative political passivity, Mesiæ was elected independent Croatia's second president in 2000, following the death of former President Franjo Tuŵman. 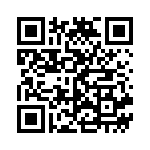