Stranica 263
An army of the east , under the command of Afshin , advanced by way of Germanicia , and crossed the frontier by the Pass of Hadath on a day which was so fixed as to allow him time to meet the army of the west in the plains of Ancyra .
Stranica 264
Taking , probably , the greater portion with him , he marched himself to oppose Afshin , and left the rest , under the command of a kinsman , to check or harass the progress of the Caliph . Afshin had already passed Sebastea ( Sivas ) ...
Stranica 290
A second expedition was sent soon afterwards , under Krateros , in command of a fleet of seventy ships . ? A battle was fought а where the troops landed , and the Greeks were victorious , but ] instead of following up their success they ... 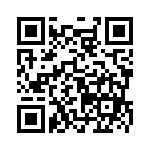