Stranica 104
In the first place he wished to spare , so far as possible , the lives of Christians , and , if the towns were taken by ... He informed that monarch that he retreated after the victory of Diabasis , " in order to spare Christian blood .
Stranica 393
wilds , and only by an abuse of terms could Moravia be described as Christian . The Moravian Slavs chafed under a dependency which their own divisions had helped to bring about , and we have seen how Rostislav , a prince who owed his ...
Stranica 407
On the morrow , the Chagan sent for the Christian and asked him , " Which is the better faith , that of Israel or that of Islam ? ... Tell me the truth , which law seems to you the better , that of Israel or that of the Christians ? 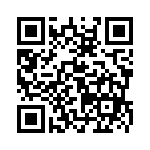