Yves Bonnefoy was born in in Tours, France on June 24, 1923. He studied mathematics at the University of Poitiers and philosophy at the Sorbonne, where he completed a thesis on Søren Kierkegaard and Charles Baudelaire. Bonnefoy worked at the National Center for Scientific Research, where he wrote on the New Criticism and the philosophy of literary criticism in the English language. In 1953, he wrote a long poetic sequence entitled On the Motion and Immobility of Douve. His collections of poetry include Yesterday's Wilderness Kingdom, Words in Stone, The Lure of the Threshold, In the Shadow's Light, Beginning and End of the Snow, The Wandering Life, The Curved Planks, and The Long Chain of the Anchor. He received the grand prize for poetry from the French Academy in 1981 and the Goncourt Prize for Poetry in 1987. In 1972, he published a philosophical memoir, L'Arrière-Pays (Heartland), about his summer visits to his maternal grandparents. As a translator, Bonnefoy was well known for his renderings of Shakespeare into French including Hamlet, Julius Caesar, A Winter's Tale, and Henry IV, Part I. During his lifetime, he translated 15 of the plays, all of the sonnets, and wrote extensively on Shakespeare's poetics. His translations of Yeats are equally well known in France. He died on July 1, 2016 at the age of 93.

Wendy Doniger is the Mircea Eliade Professor of the History of Religions in the Divinity School and a professor in the Department of South Asian Languages and Civilizations and the Committee on Social Thought at the University of Chicago. 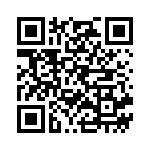