Konrad Lorenz (1903-89). Pioneering and world-renowned scientist of animal behaviour. He was awarded the Nobel Prize for Medicine and Psychology in 1973. 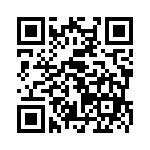