John Marsden was born in Victoria, Australia in 1950. He was working as a teacher when his first book, So Much to Tell You, was published in 1987. His other works include the Tomorrow series and Ellie chronicles. He bought an 850-acre property just outside Melbourne, Australia where he ran writers' courses and camps for eight years. In 2006, he opened a school there called Candlebark. 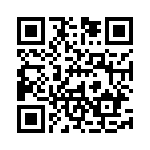