Have you ever heard that 'ignorance is bliss' ? It's not. Sure you can change the channel- not watch the news, ignore news papers, tsk tsk if you happen to catch a glance...but it's time to pull our ... Pročitajte cijelu recenziju

JOHN CENCICH is a professor of justice studies at California University of Pennsylvania and director of the Pennsylvania Institute of Criminological and Forensic Sciences. A decorated police veteran and former special agent with the U.S. Air Force Office of Special Investigations, Cencich is the recipient of the Police Meritorious Service Medal for Valor from the Commonwealth of Virginia and the United States Meritorious Service Medal for his singular investigative leadership with marked international impact. He lives in Pittsburgh, Pennsylvania. 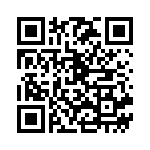